A Tease From - "A Diamond in the Ruff" 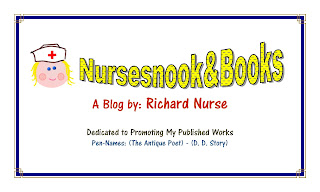 A Little Tease from

"A Diamond in the Ruff"

The Action is Starting to Heat Up

It was just a hair under three minutes before my phone rang again. Once again, my caller ID showed the number as restricted.  I picked it up and answered just exactly as I had answered the first call.  This time, there was a very ruff sounding male's voice on the other end of the call.

"You still got my diamonds, Honey?"

I smiled and thought, “I can play the same game buddy,” as I answered "I am not your Honey, and I have no desire to be your Honey either.  I have a name, which I believe that you know, and I expect you to use it.  Now please provide me with your name, and a call back number sir."

"Well sorry Ms. Mckenzi, I didn't think you would get so upset, what with you being a retired Marine, I bet you got called a lot worse than Honey in the Corps."

Now I was starting to get a little pissed with this asshole; "I doubt that you ever spent a day in the Marine Corps, because if you had, you would know that I would have been addressed as Major McKenzie and not Honey, asshole."

And with that, I hung up the phone.

"Okay, gang, when he calls back do I play nice or do we want to piss him off enough that he will come out here?

I heard Jill say, "Start nice, then fuck with him some more. , I think we either have the seller or the courier on the hook with this one."

I then heard the Tactical Unit Commander say, "Maggie and Jill, I agree, but I am going to move two of my team forward to where the lane come out behind the barn.  We just might have both groups very interested."

Jill, who actually had the overall responsibility, as the Bureau was senior, agreed with the commander, just as the phone rang again.  I answered it just as I had every other time, with a polite hello.
The same voice came on the line; "Major Mckenzie, honey, I don't let anybody hang up on me.  You have something that belongs to me, and I want it back right now bitch."

"We sir, even if I knew for sure that it belonged to you, there is no way that I could give it to you right away because you're not here to accept it."

"You have no idea where the fuck I am.  I might be sitting on your back porch for all you would know.  I've done a few special ops in my time, and got paid a hell of a lot more than you did as a Marine."

"Are you going to id. the diamonds for me, or do I hang up again on you, because you don't scare me."

"The name is Jonas, Major Honey, and I bet I can scare the panties right off of you."  Before I could jerk his chain, he rattled off the exact description of the bag, the numbers, and the id number of the largest stones in the bags.

"Well you did you homework well Jonas, you win a bag of diamonds, that is if you have the balls to come and get them from me and Street Fighter. Oh and he does not like people that are not nice to me."

"Major honey, your little pussy, both of them in fact, just might like it when I get my hands on you. You got all of the bags there because I found your little note before the cops sealed off the area.  You're gonna just love what I have in store for you Major Honey."

"Jonas, I don't care if you have Moby's dick, it has been tried before, and his balls ended up somewhere on the ceiling, and he just can't seem to keep those fifty virgins happy."

"Yeah, well this boy don't wear a towel on his head, we American's are a lot smarter Major Honey."

I couldn't resist one more jab, so I added, "Oh I bet you are Jonas, and I liked your little tree drop.  One problem boy, you don't use pine to make a fake limb plug in an oak tree. Even a fucking girl marine knows that ya dumb shit."

I hung up the phone, without a goodbye, or see you later, and looked up at Ann. Who laughed and said, "I don't think that you and Jonas hit is off very well Maggie."

"Aw, I thought I treated him very nicely, for a redneck dick head."

Do you get the feeling that Maggie really doesn't like Jonas?

Posted by Richard Nurse at 6:16 AM