First Review - Out of the Chaos 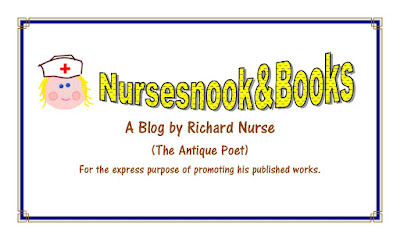 The First Review is in for

"Out of the Chaos"

Four Stars
And the comment, Ladies this book is for you


In this page-turning, I-wonder-what-happens-next murder mystery, Detectives Charlotte (who goes by the name Charlie) Nelson and Chuck D'Angelo respond to a nightclub explosion to find utter chaos (as the title of the book implies, chaos is a recurring theme throughout the storyline). However, the Detectives quickly realize that something’s not right, and chaos ensues when people are shot at the scene. Chuck is shot in the leg and Charlie uses her bra and flashlight to apply a tourniquet. She saves his life only to place her own life in danger. It becomes apparent that the real target amid the chaos is Chuck, who has a 16-year-old daughter Julie. Charlie (who lost her husband and son to a drunken driver) is assigned to protect Julie, and Julie shares her theories of what happened and why on that chaotic day. We learn that Charlie (“Florence Nightingale”) is on the hit list, and that the prime suspect is a former army sniper who was just released from prison. Charlie and Julie go into seclusion at a lake house where they have a surprise visitor, and twists and turns (and chaos) ensue, right to the very end of the book. Since this is a book review (and not a book report), I am not giving away the action or the very satisfying ending. Richard Nurse has written a romantic murder mystery, if there is such a thing. He wrote from the woman’s point of view surprisingly well, and the dialogue moves the story along at a fast pace. For people looking for more than a straight murder mystery (especially female readers), this book is for you

Posted by Richard Nurse at 3:06 PM

Email ThisBlogThis!Share to TwitterShare to FacebookShare to Pinterest
Labels: Amazon, Cozy, Crime Novel, Excitement, For the Ladies, Murder Mystery, Out of the Chaos, Richard Nurse, Romance